This week, the team in Mali celebrated the official launch of the DJI’I TIAMAN project. The project is part of the EU-WOP Programme, an initiative, funded by the European Union and managed by UN-Habitat led GWOPA.

Twenty-two Water Operators’ Partnerships (WOPs) have been selected from over 140 proposals received under the EU-WOP Programme. The Programme is now underway, and the three-year long WOP projects, involving partner utilities from all over the world have started implementation in early 2022. Find out more about the 22 EU-WOP Projects.

The DJI’I TIAMAN consortium consists of World Waternet – affiliated to the Amsterdam water cycle company Waternet, SOMAGEP – the Malian water supply company, SOMAPEP – the Malian water asset holder, and ONEE – the Moroccan national office for electricity and drinking water. The foundations of the collaboration between all partners lie in earlier work done and strongly builds on previous experience, trust and relationships between peer-colleagues.

ONEE is a welcomed co-mentor in this collaboration and is well-known for its 'Institute International de l'Eau et Assainissement', a renowned training institute in the water sector in Africa. The Head of ONEE’s R&D Department, Mokhtar Jaait said: “South-South cooperation is most important in the water and sanitation utilities sector. The world cannot succeed in achieving SDG 6 without operators sharing and learning using the WOPs approach”.

The DJI’I TIAMAN project focuses on activities around monitoring and reducing non-revenue water (NRW) in three cities in Mali: Sikasso, Koutiala and Kati. By reducing NRW levels in these cities, more water remains in the distribution system and will benefits actual and new customers. Water pressure and availability increase, especially for the end-of-pipe users. The reduction of NRW will also increase income of SOMAGEP and improve its financial situation.

This specific objective aligns fully with the objectives of the existing WaterWorX project in Mali. This project started in 2017 and is a long-term Dutch Government-funded partnership between World Waternet and SOMAGEP. Within this project, several activities, including a pilot project were executed around monitoring and reducing NRW levels in the Faso Kanu neighbourhood in Bamako, the capital city of Mali. Learnings and successes will be expanded to Sikasso, Koutiala and Kati.

Part of the grant is reserved to assist SOMAPEP in finding co-funding for large scale infrastructural investments. In recent years, 72 secondary towns were added to SOMAPEP’s and SOMAGEP’s service area, causing the increased need for large investments to rehabilitate and expand water infrastructure.

Koen Maathuis said: "Djii Tiaman is a wonderful example of how our WOP functions. It taps into a strong, existing partnership and uses the lessons and experiences from previous project activities to create more direct impact on topics relevant for our partners". 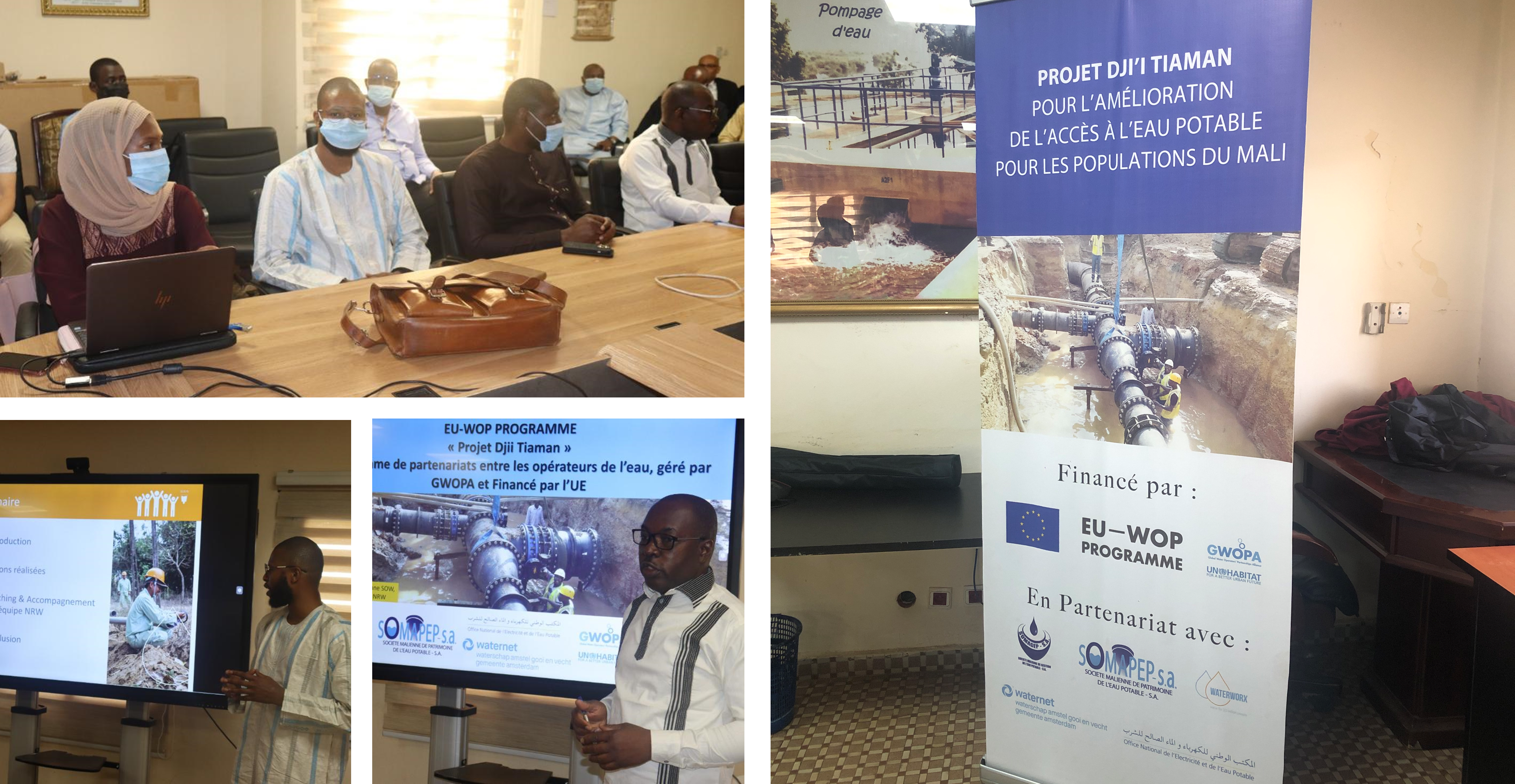