The City of Cape Town’s Water and Sanitation Directorate, the University of the Western Cape, the Vrije Universiteit Amsterdam and World Waternet Amsterdam have formed a training partnership to work jointly on water and sanitation challenges in South Africa. 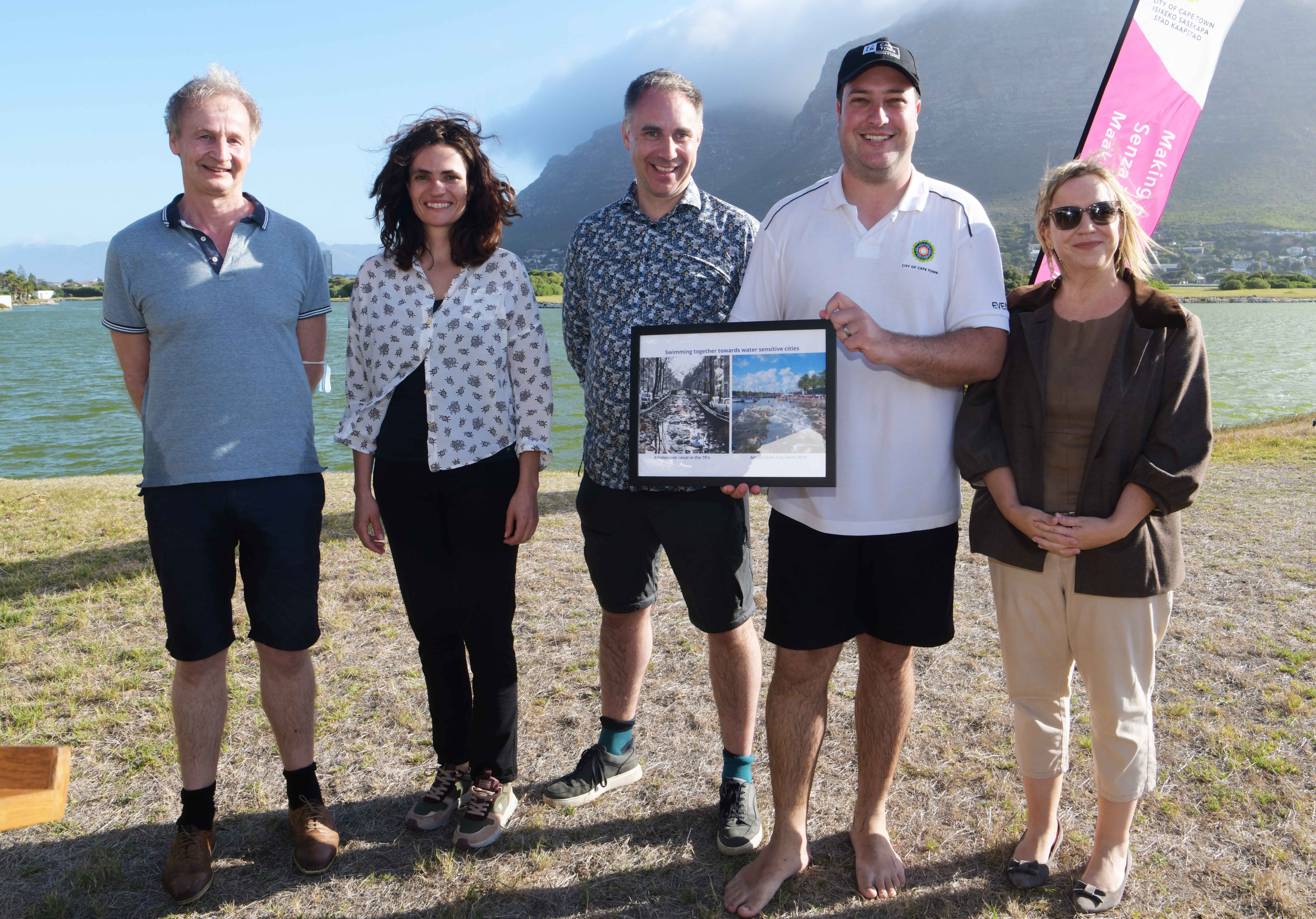 The partnership is funded by the Nuffic's Orange Knowledge Programme, a Dutch non-profit organisation for internationalisation in education. The programme is funded by the Dutch Ministry of Foreign Affairs. The partnership is one of the results of the Amsterdam Agreement signed during the Amsterdam International Water Week 2019 and the VU Amsterdam-symposium ‘Water in Times of Climate Change - a values-driven dialogue’.

The focus of the partnership is implementing the first of The Cape Town Water Strategy’s five commitments: ‘Safe access to water and sanitation’ and addresses the current Covid-19 pandemic. The training programme sought to facilitate interdisciplinary capacity building through peer-to-peer learning, knowledge exchange and interaction with engaged academics and other experts from South Africa and the Netherlands.

Implementation of The Cape Town Water Strategy can be seen as a journey. This project was part of that journey for over one year. The journey included inspiring dialogues, knowledge exchange and trust building as an important building block for collaboration and implementation of the water strategy. It started with getting to know each other online, through sessions, webinars and training, and ended with a paddle tour on World Water Day through the Zandvlei river basin in South Africa.

The Mayor of Cape Town, Geordin Hill-Lewis, The Khayelitsha Canoe club and representatives of the University of Cape Town, VU Amsterdam and World Waternet joined the tour to raise awareness and share the aspiration of healthy and swimmable waterways in Cape Town. The Mayor shared his ambitions to take the necessary measures for improved access to drinking water and sanitation and to reduce water pollution in Cape Town’s river basins. The valuable role of partnerships was highlighted on Cape Town’s journey to becoming a water sensitive city. Amsterdam served as an inspiring example: it took the city over 40 years to become a swimmable and liveable city, which resulted in 2014 with a yearly Amsterdam City Swim. 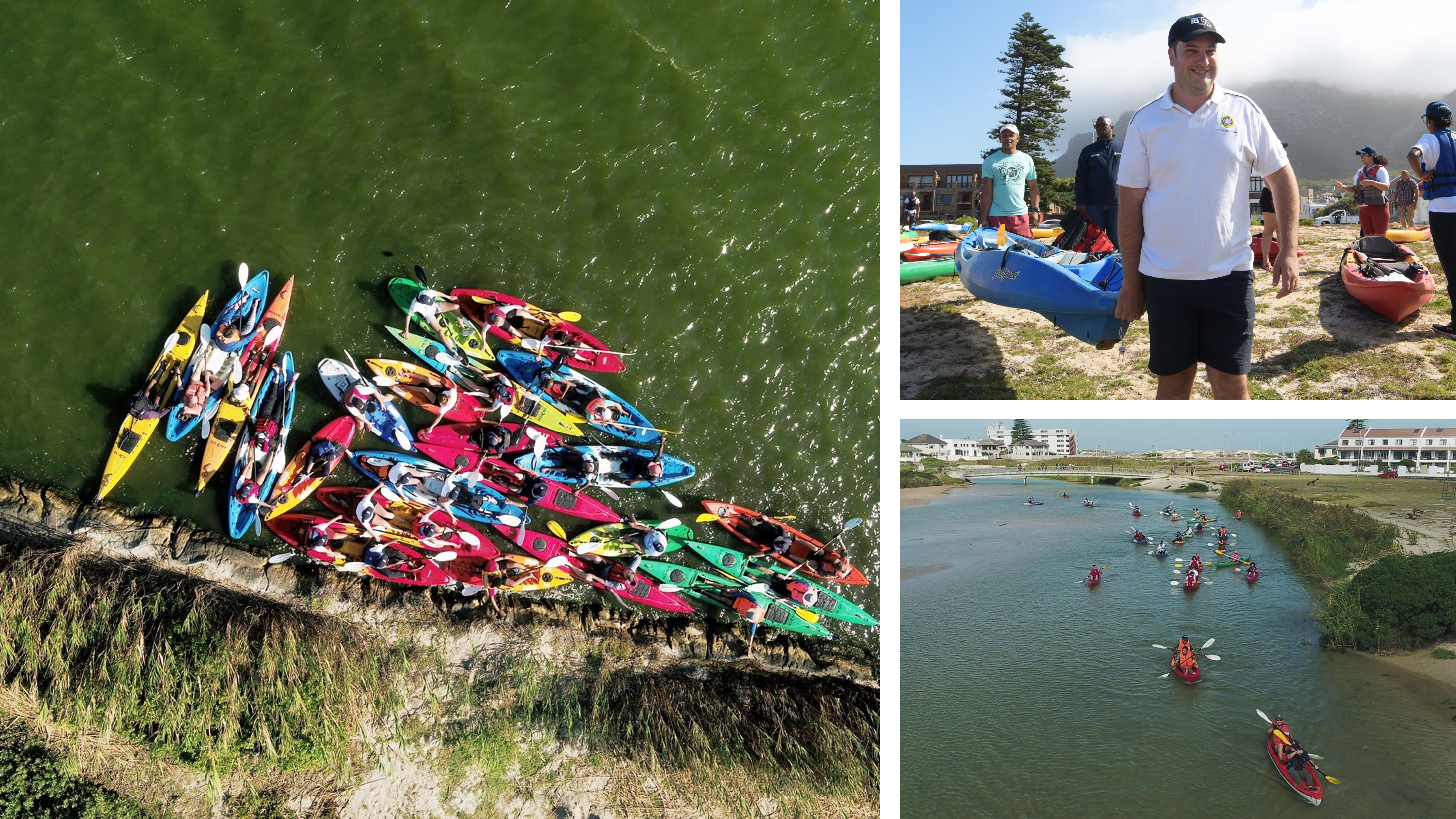 Within the partnership, three inspirational 2-pagers were developed, summarising the key results and way forward to promote safe access to water and sanitation.

On 18 March 2022, a closing seminar took place at the head office of the City of Cape Town’s Water and Sanitation Directorate, which underlined the necessity of a transition to community enrolment and responded positively by or to the invitation of Archbishop Thabo to explore a water and toilet indaba.

One of the focus areas within the partnership was knowledge exchange via the experiences of international utilities who are dealing with comparable challenges. For that reason the state-owned water and sanitation company of Buenos Aires (Agua y Saneamientos Argentinos, AySa), the watercycle company of Medellín, Colombia (Empresas Públicas de Medellín, EPM Water), and the Government of Jakarta were invited to participate in the working sessions. At the closing seminar the City of Cape Town, AySa and EPM decided to extend their cooperation and look for a way they can maintain a community of practice on water and sanitation in informal settlements.

As part of the partnership, a training was developed focusing on capacity building of public officials responsible for water and sanitation in informal settlements. Safety and social economic issues are the most pressing problems surrounding sanitation in the informal settlements. One of the results of this tailor-made training was the increased level of trust and cooperation between participants and consensus on a list of long-term and short-term measures to improve community engagement. On 17 March 2022, 21 city officials who enrolled for the University of the Western Cape's Community Engagement course, graduated during a ceremony held at the City Hall in Cape Town. 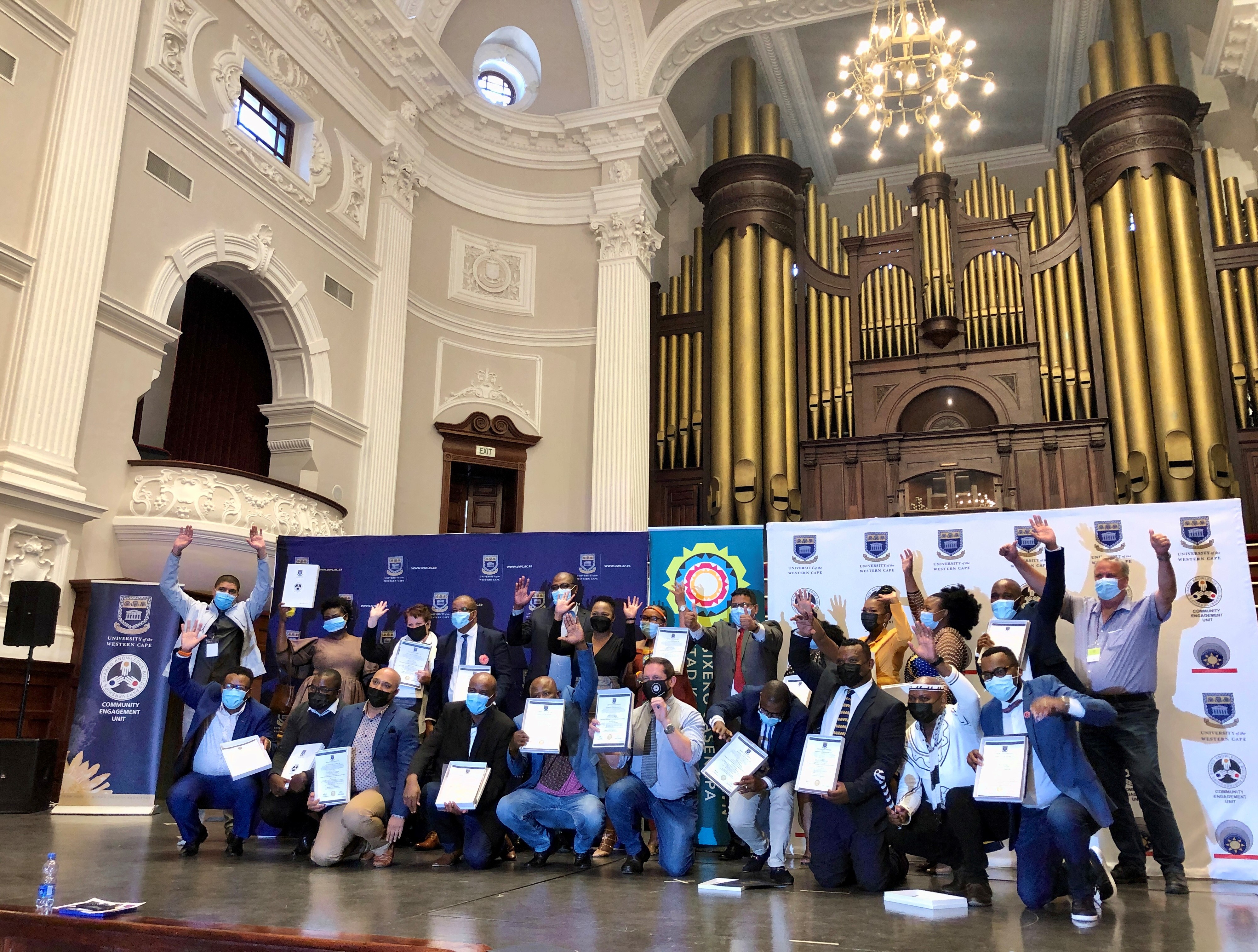 All pictures by The City of Cape Town.